Is There Really a Debate over Issues with Zinc White?

Over the past few years, there has been increased attention placed on the potential issues found with zinc white in the context of paint film degradation. There seems to be a great deal of evidence available on the potential for zinc to be problematic—however, some actually seem to actually be campaigning that this is NOT the case. One such argument against the warnings about zinc white comes from long-time artist and full-time crank Michael Mentler. His argument is as follows: (From his article The Brotherhood of Zinc - The Society of Figurative Arts):

"According to the Zinc Zealots, all of the paintings of the Pre-Raphaelite Brotherhood should have fallen off their supports long ago. Obviously that did not happen with the their painting and thousands upon thousands of other paintings done with Zinc White that hang in museums.

The Pre-Raphaelite Brotherhood used prepared canvases with layers of flake white containing Lead and Zinc and added additional ground layers of Zinc White on top of that. They mixed it with other colors, used it throughout the painting process and used it for highlights.

It would appear that they broke every imaginable rule laid out by the Zinc-a-phobes.

The Pre-Raphaelite painters; Rossetti, Waterhouse, Millais, Morris, Hunt, Burne-Jones, and others painted on Zinc Oxide grounds because it is notably more brilliant than Lead Carbonate. The techniques used for the most part were compatible with the characteristics of Zinc Oxide White. They worked in very thin glazes to allow the bright white ground to be luminous.

The P.R.B. undoubtedly understood the ‘Fat over Lean’ principle, which every painter should learn as soon as possible in their career. Which brings us to an interesting point about how stupid the Zinc Defilers think painters are.

Under the guise of saving us from ourselves and the negligible ravages of Zinc White, they promote their alternative products (Lead White) and, of course, the infamous book that promotes bygone painting procedures.

The campaign against Zinc White uses smoke and mirrors to deflect attention away from the toxicity baggage of Lead Whites. In their campaign to baffle us with irrelevant bullshit, they think we are too stupid to notice the Elephant in the room, i.e., the tens of thousands of paintings containing Zinc White that were supposed to delaminate and fall off of the substrates THEY DID NOT!

Zinc White has caused its share of problems, but no more or no less than a myriad of other issues confronting museum restoration departments. In fact, Lead White has caused far more cracking in oil paintings than Zinc White. The negative campaign to defame Zinc White relies on painters being incredibly naive or just plain stupid. If one is not insulted by this blatant attempt at deception they should be."

To summarize this position, Mentler claims that warnings about zinc white are unfounded as all paintings containing zinc haven’t fallen apart. This is akin to stating that warnings about wearing a seatbelt are unfounded as everyone that did not wear a seatbelt in the past has not suffered severe injury as an immediate result. Contemporary warnings about zinc white are intended to educate users as to potential issues that may arise. I thoroughly believe artists should indeed use the materials that best suit their goals. And, like it or not, longevity is not necessarily the primary concern of those engaged in creative endeavors. However, each and every artist should be open to new information so as to make sure that their decisions moving forward is well-informed. For example, I continue to put a final coat of Liquin on my paintings for very specific reasons that do not come in conflict with any of the science put forward to support warnings about why an artist should NOT do so. I am not arguing that opponents of this practice are wrong—in fact, my decisions are based on the fact that they are correct. (To read more about this follow this link.)

In addition, I would like to highlight the fact that Mentler’s attempts to strengthen his position by promoting the idea that the warnings (and accompanying studies) are part of a conspiracy to promote the use of lead white. While hardly conclusive, when conspiracy claims are put forward I grow more skeptical as such claims are often the basis for many pseudosciences and other irrational/illogical positions. To learn more about general evaluations of claims please see my article here and here.)

Lastly, consider that Mentler’s argument here devolves into a mere relative privation fallacy as the mountains of evidence that validate contemporary warnings are colloquially unignorable. He writes, “Zinc White has caused its share of problems, but no more or no less than a myriad of other issues confronting museum restoration departments. In fact, Lead White has caused far more cracking in oil paintings than Zinc White.” This is a textbook case of the fallacy. In these cases, the arguer realizes their position in the matter is untenable so they resort to pointing to something else stating something akin to, “Hey, well those things are even worse.”

Opposing Mentler’s position in public statements are a good number of material aficionados like George O’Hanlon and Virgil Elliot. Below is an excerpt found on social media in which Virgil Elliot addresses the efforts of Mentler in this context (I wanted to preserve this here in the event that addressing of this issue was lost to noise or other social media maintenance measures):

Elliot: “On a number of other Facebook art groups, someone is on a campaign promoting the use of zinc oxide in oil painting, presenting much unsubstantiated, misleading and false information while attempting to discredit those of us who have been bringing scientific proof of zinc oxide’s problems to our readers. So in case anyone has seen and been persuaded by this fellow’s propaganda issued under the names of various fictitious organizations that really consist of him only, here is some real science on the matter, from the book, “Conservation of Modern Oil Paintings.” Pay particular attention to the abstract.

The early twentieth-century oil painting Beach Scene had severe delamination problems. The painting consisted of an oak panel primed with three white, oil-based ground layers with several oil paint layers on top. The reverse of the panel was varnished. The delamination occurred at the interface between the first ground layer and the panel. A brownish, semi-translucent zone was visible at the bottom of the first preparation layer. Material analyses with SEM-EDX, FTIR-ATR and THM-Py-GC/MS offered insight into the materials present and their degree of deterioration. The brownish zone was explained as dissolution of the zinc white pigment by (fatty) acids from the panel and the oil binder. It was hypothesised that the glazed framing system of the painting restricted natural expansion and contraction of the tangentially cut panel in fluctuating climate. Compression shrinkage then caused tenting of the paint film. This study improved our understanding of Akkeringa’s painting technique and the current condition of the painting. The study also provided support for future decisions on treatment and preventive conservation measures not only for Beach Scene, but also for Akkeringa’s other works on panel."

Here is a LINK to the resource that Virgil Elliot is referencing: 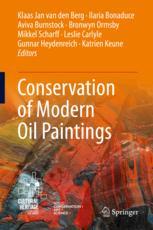 ‘Breaking Waves’. The Relation Between Zinc-Oxide Degradation and Extreme...

The early twentieth century oil painting Beach Scene had severe delamination problems. The painting consisted of an oak panel primed with three white, oil-based ground layers with several oil paint layers on top. The reverse of the panel was...

In addition, another resource was shared in the thread with Mr. Elliot:

“A study by Mecklenburg and Tumosa of the Smithsonian Institution shows that Zinc Oxide can cause brittleness and delamination of oil paint film even when zinc oxide is used in small amounts. Zinc oxide has a tendency to catalyze the formation of hydrogen peroxide when irradiated by near-ultraviolet light. This reaction and the formation of zinc soaps can cause chalking and embrittlement of oil paint films. In view of these recent findings, we do not recommend the use of zinc white in the ground or under layers of an oil painting and caution its use in all oil paint.”

Here’s a link to to an article titled, Shining an infrared light on how “metal soaps” threaten priceless oil paintings-Scientists analyzed paint samples from Corot’s Gypsy Woman with Mandolin (circa 1870).

“Chemists concluded that the blisters are actually metal carboxylate soaps, the result of a chemical reaction between metal ions in the lead and zinc pigments and fatty acids in the binding medium used in the paint. The soaps start to clump together to form the blisters and migrate through the paint film. “They can form exudates on the surface, which obscure the painting itself, creating an insoluble film or an effect of transparency, so you can look through those layers, which was not the intention of the artist,” Marc Walton of Northwestern University told Ars in 2019.”

Here’s a link to another article shared here on Smartermarx on Williamburg’s decision to eliminate zinc from their paints due to growing contemporary insights: Williamsburg Oils eliminate Zinc Oxide in all of their Paint Mixtures 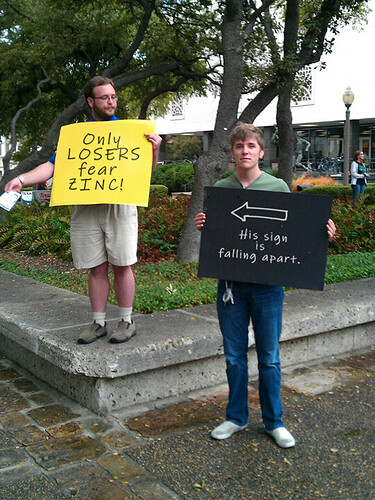 So in closing, no–there is no real debate to be found here regarding the studies that have shown that zinc white can be a potential element of concern where the degradation of paint films is concerned. Does this mean it should NOT be used? No–it just means that employment of the material may introduce some risk to the longevity of your work. It’s not a conspiracy…it’s just what the science has shown.